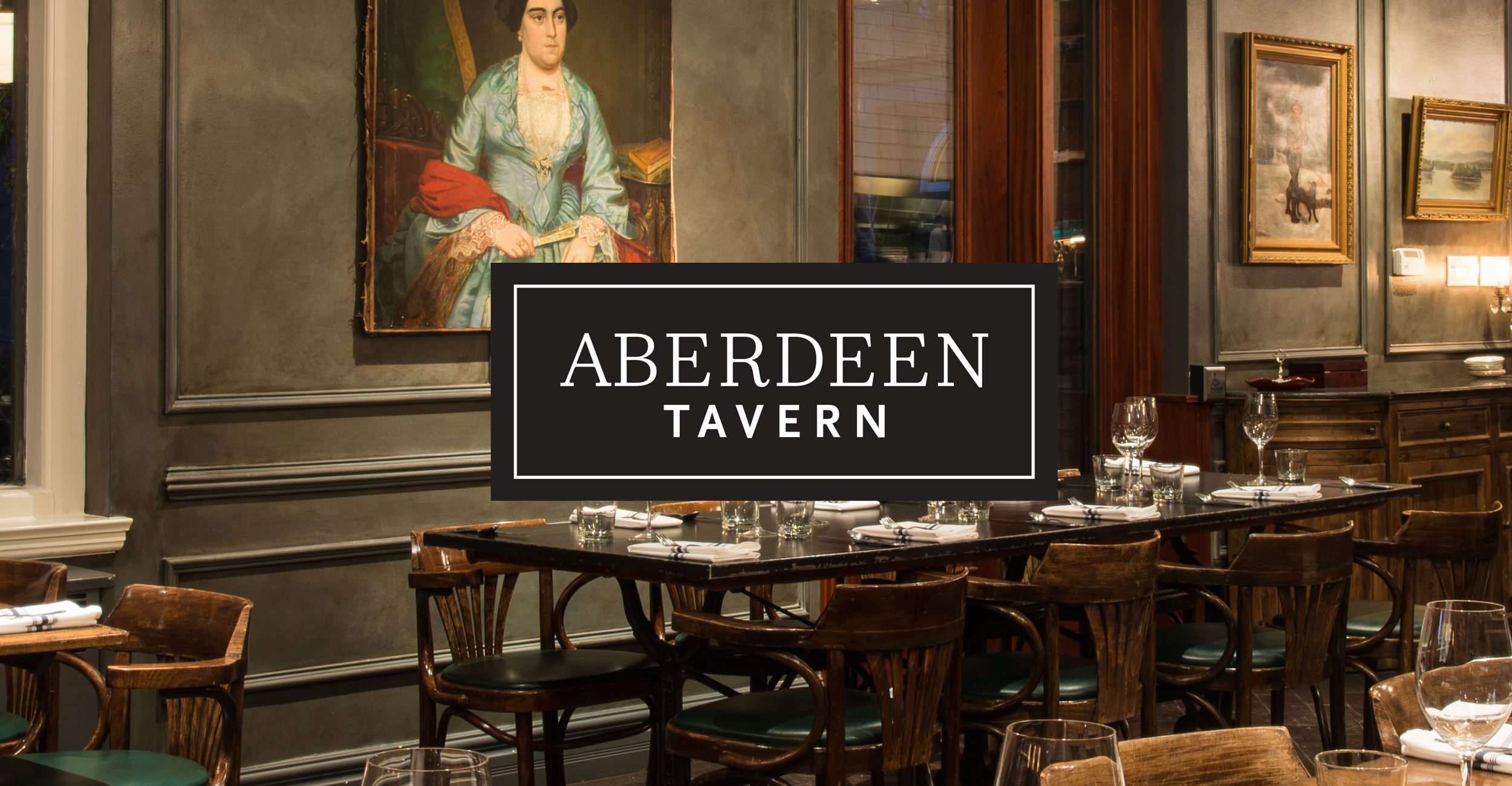 The Aberdeen Tavern is a modern gastropub situated in a picturesque former bank building on Aberdeen Avenue in Hamilton, Ontario. Our aim was to create an identity that feels as historic and established as the building itself, and to position the tavern as a community gathering place.

The identity system consists of a family of marks incorporating classical heraldry paired with modern typography, with special emphasis given to the restaurant’s year of establishment. Although generally included to indicate longevity, in this situation, the year of establishment is a deliberate nod to the ongoing revitalization of downtown Hamilton. 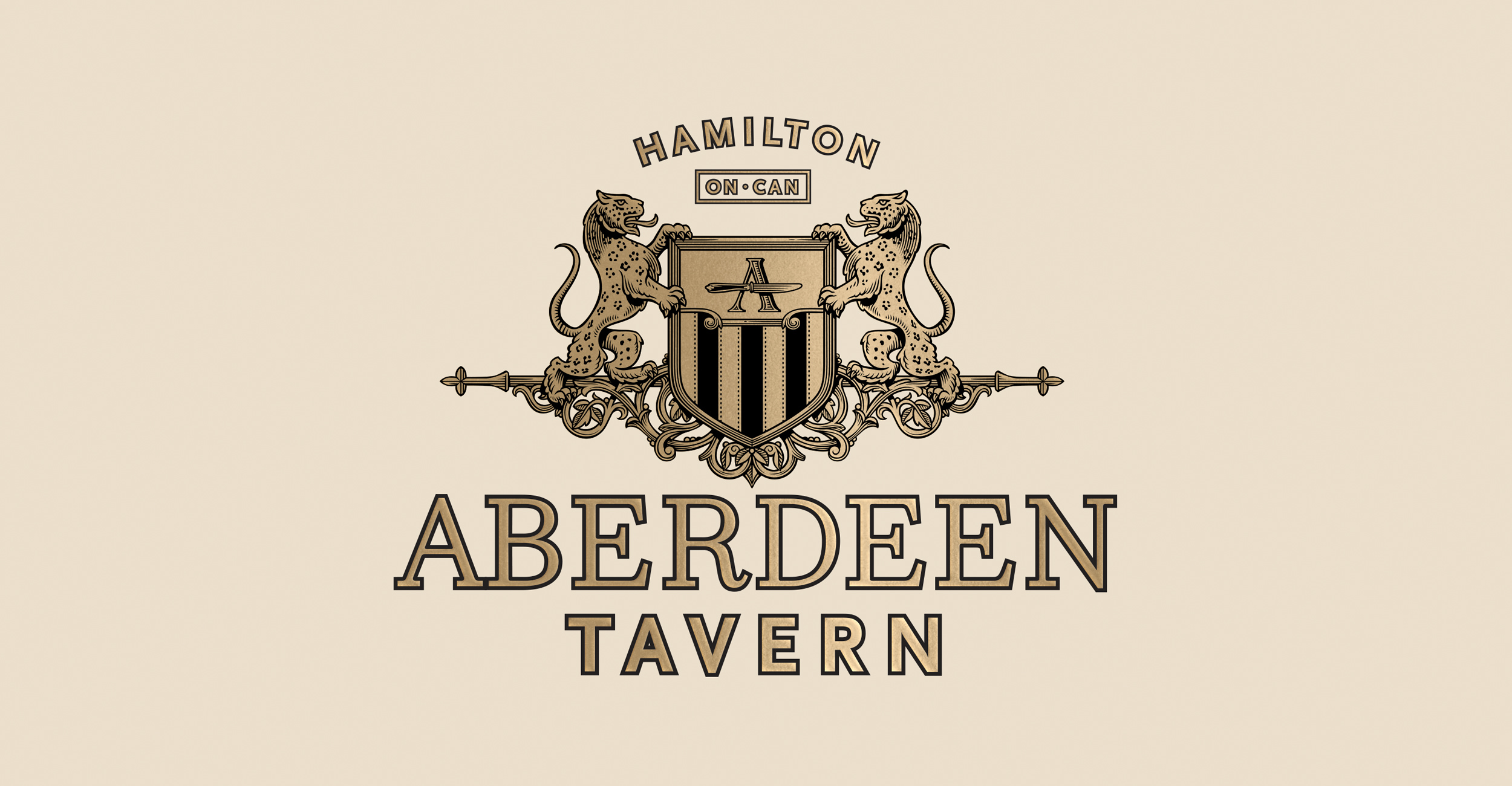 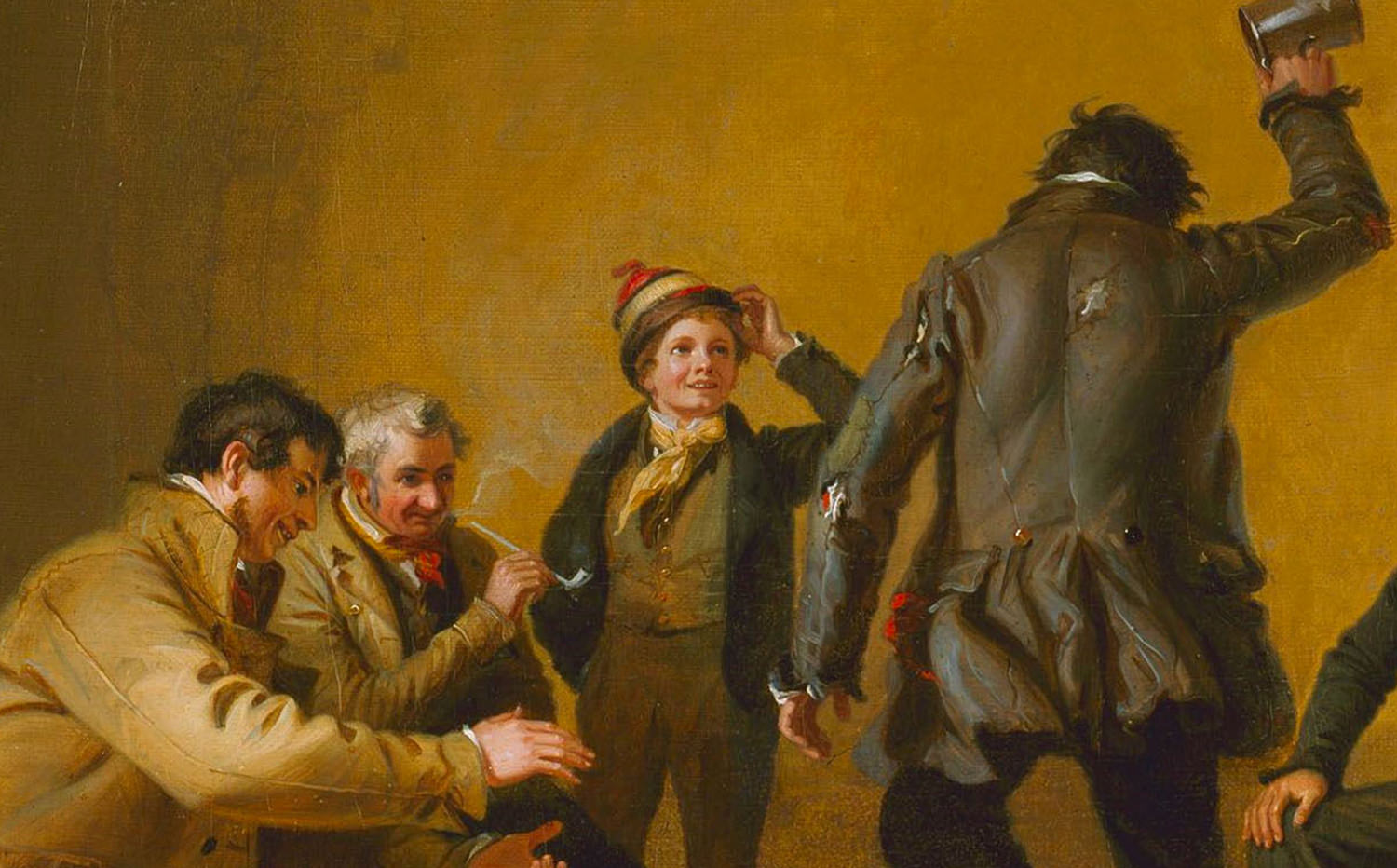 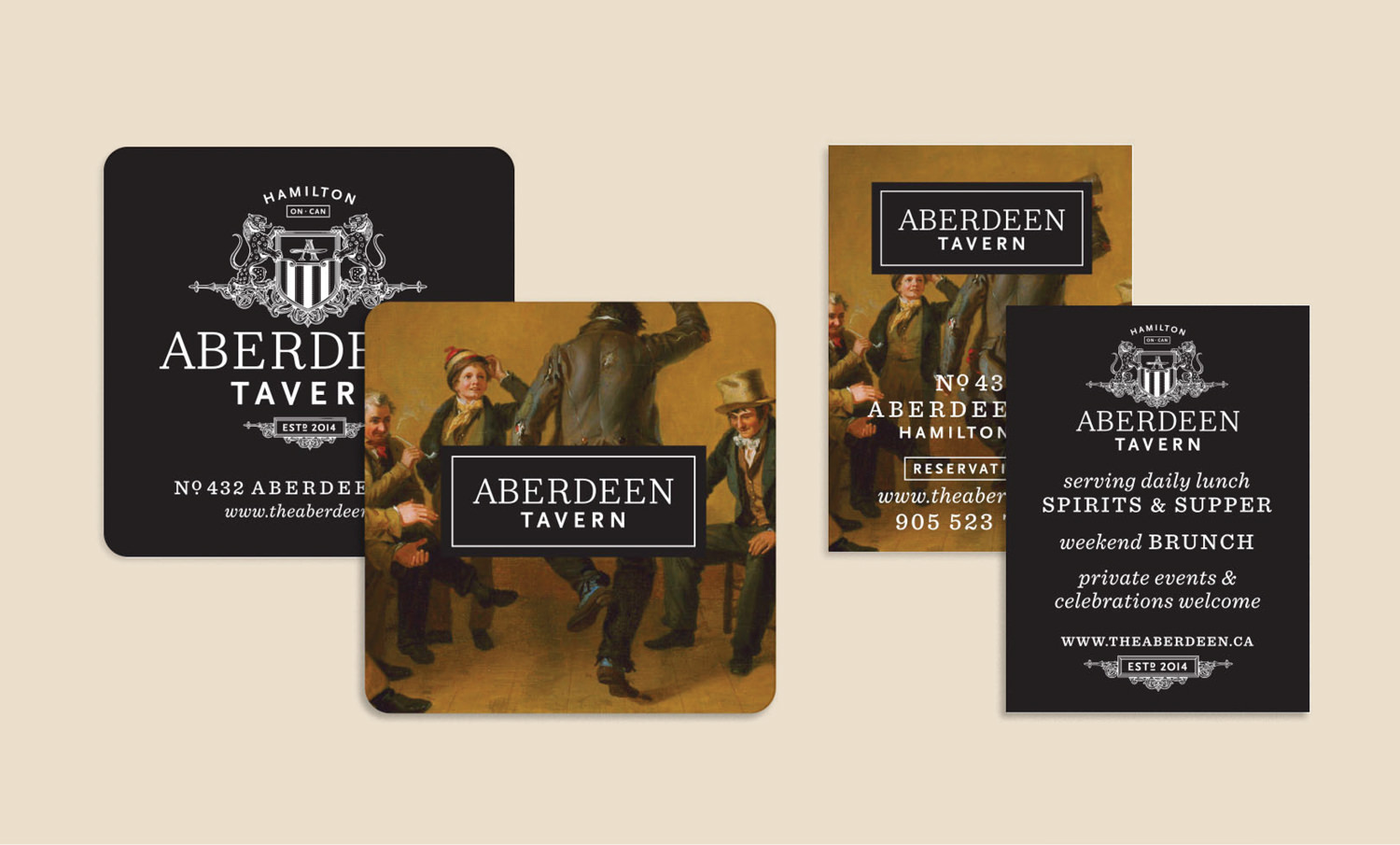 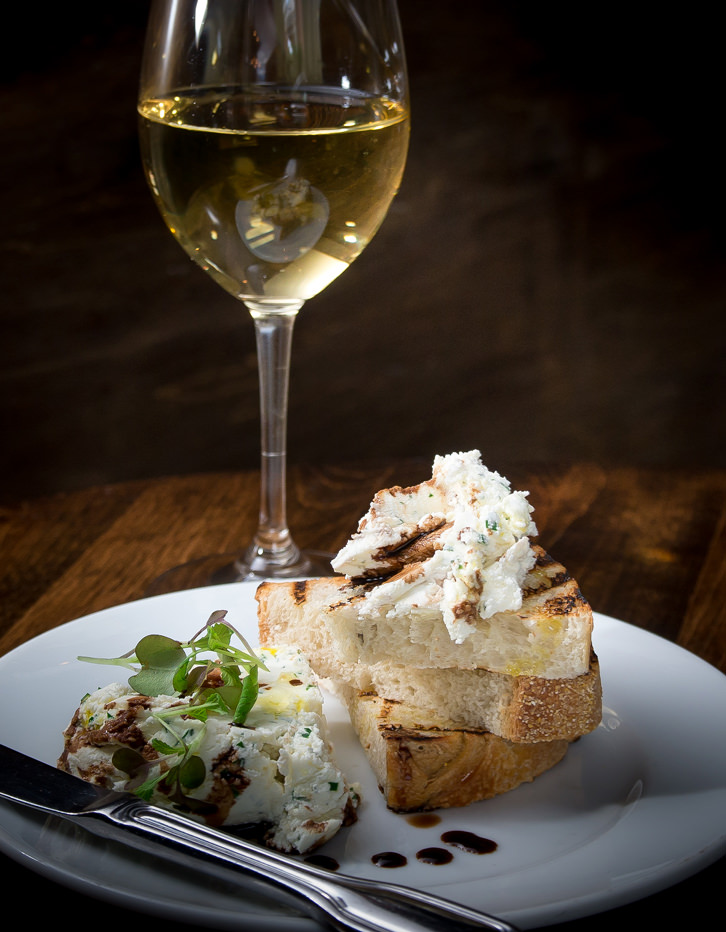 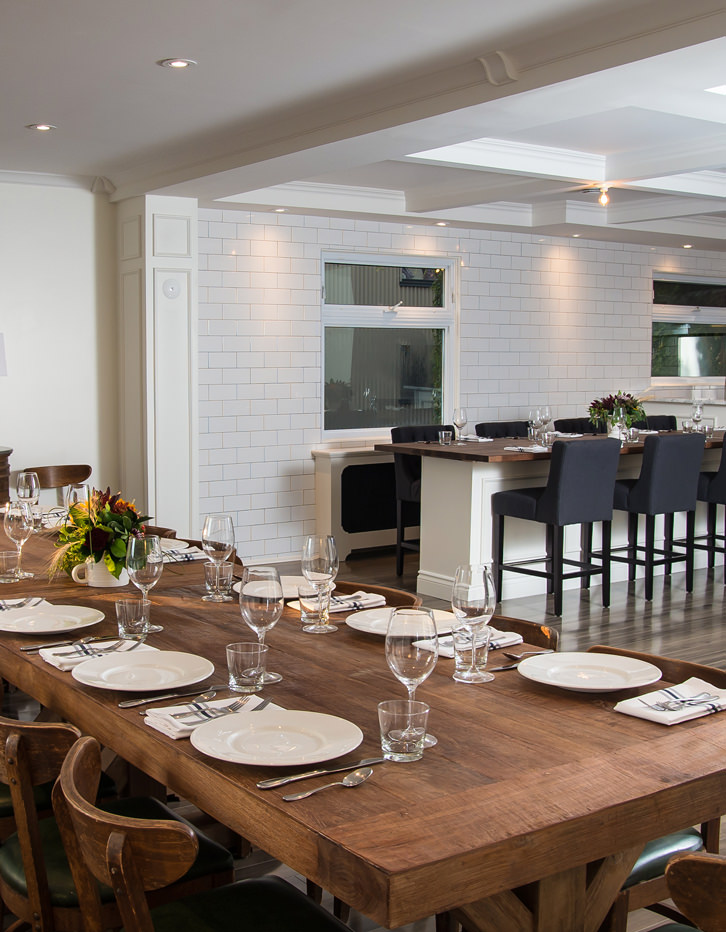 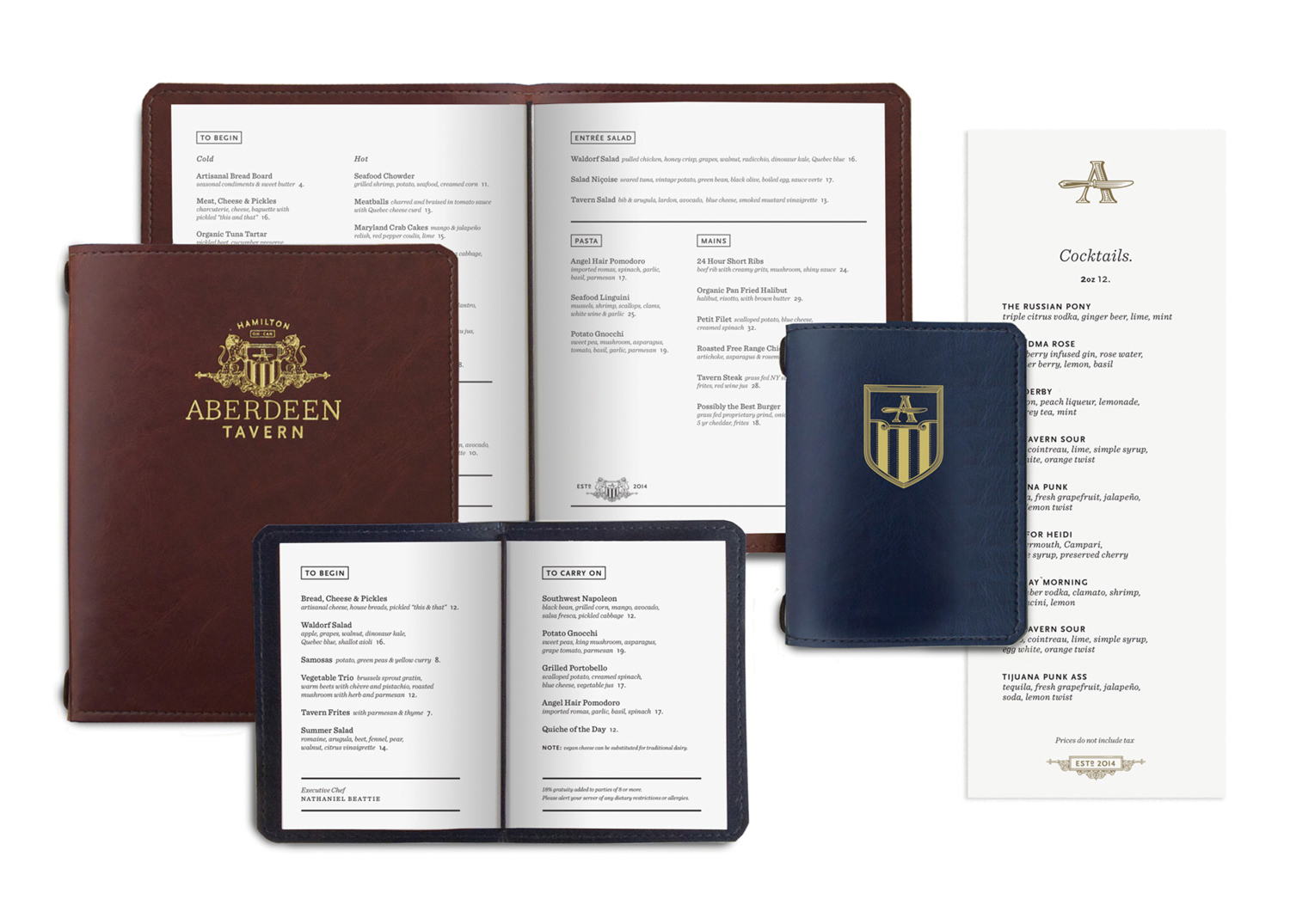 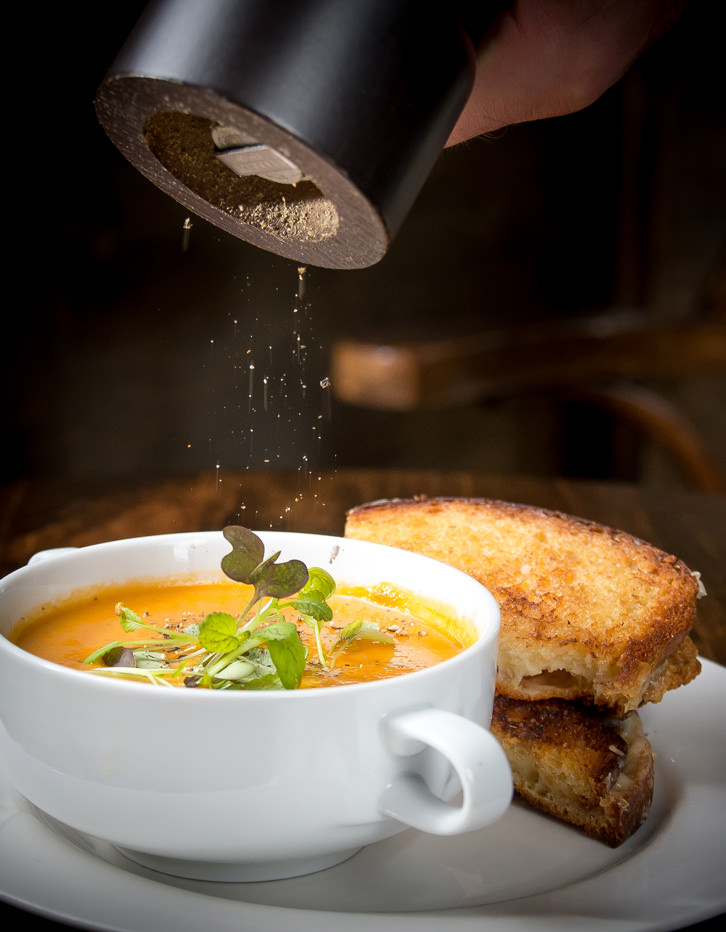 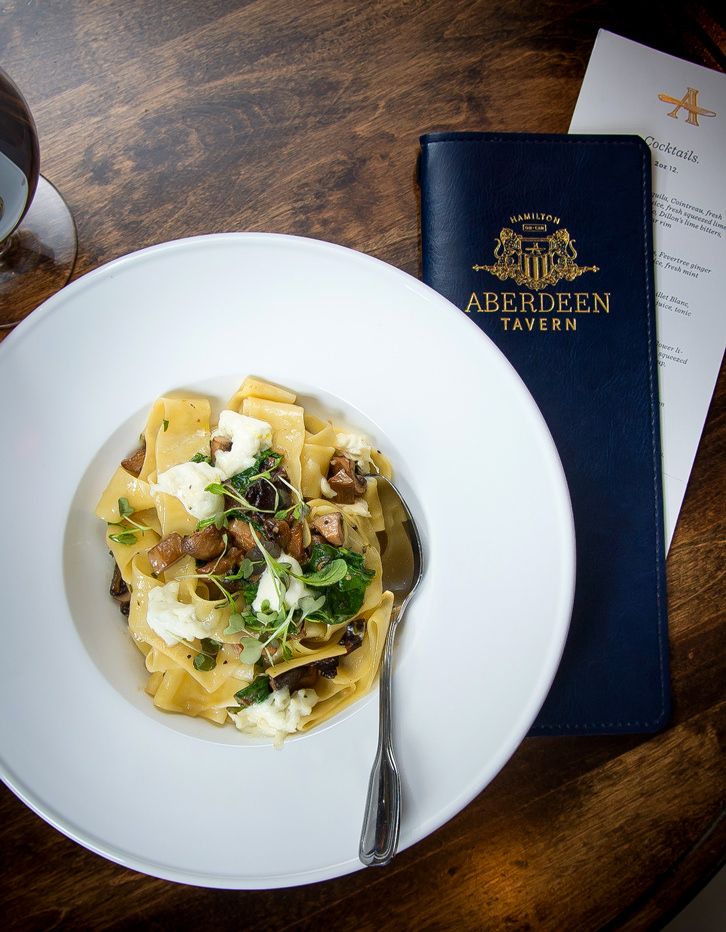 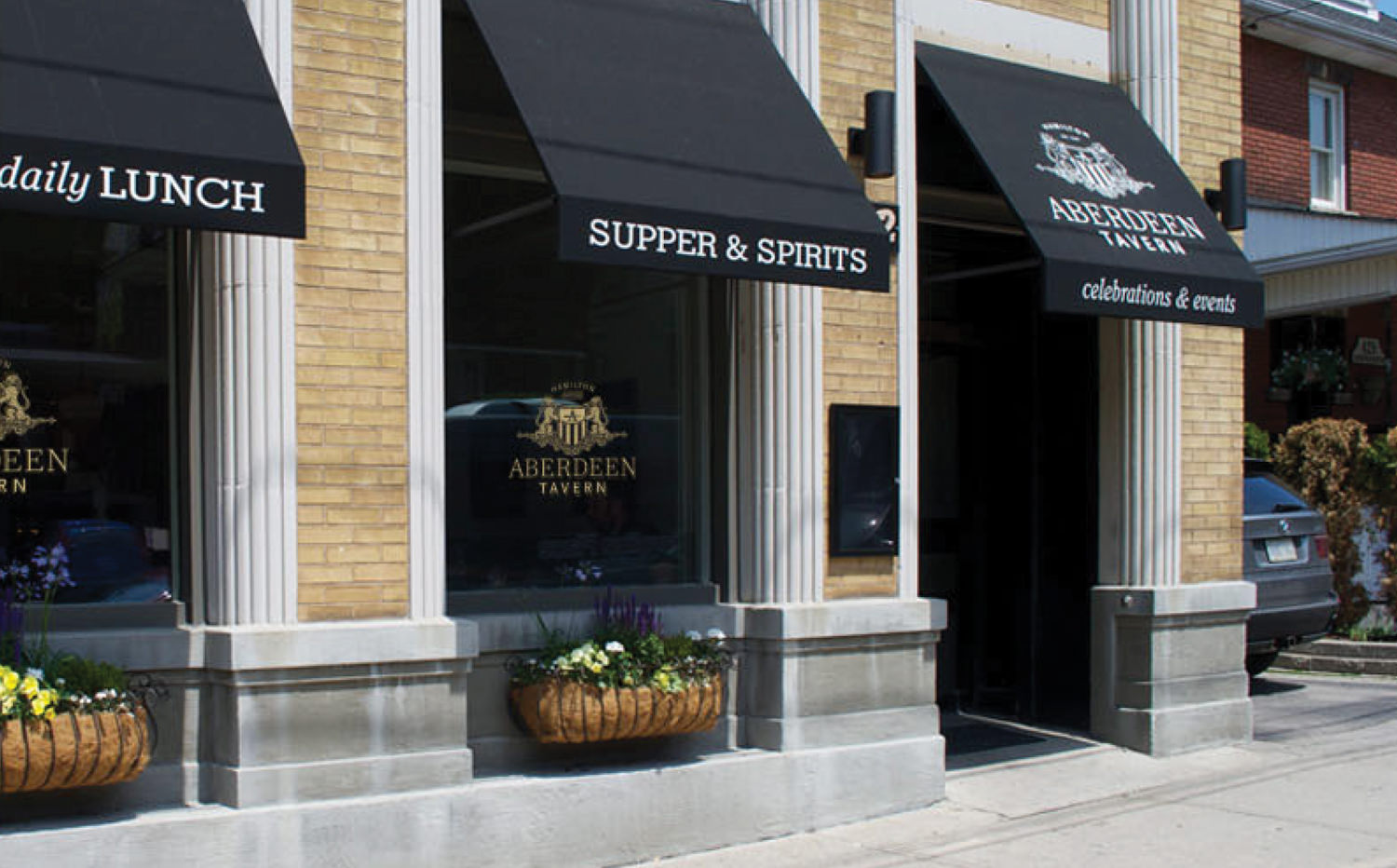 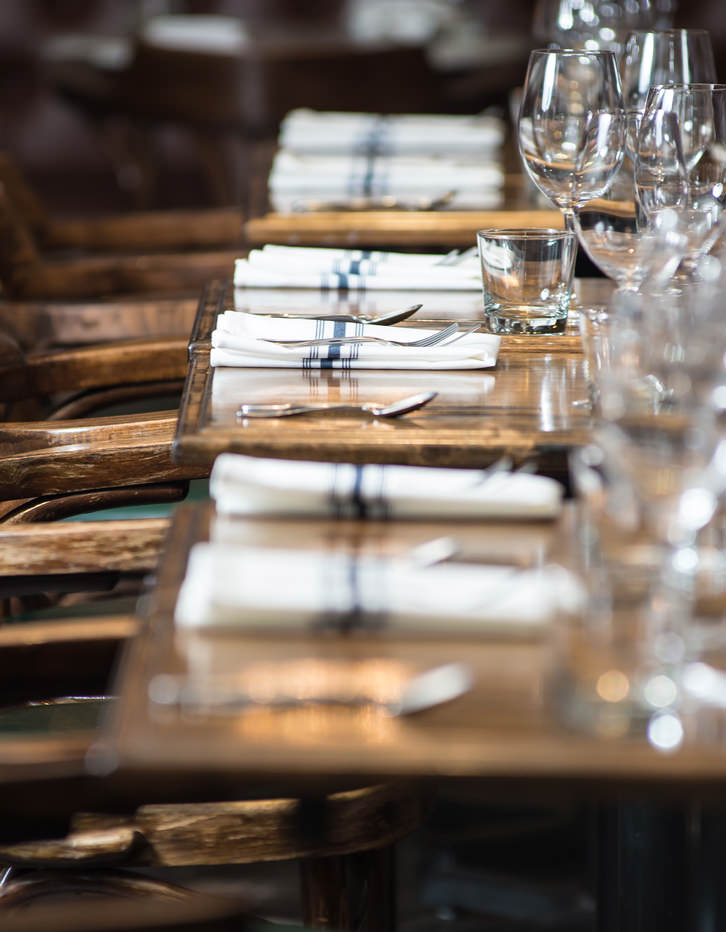 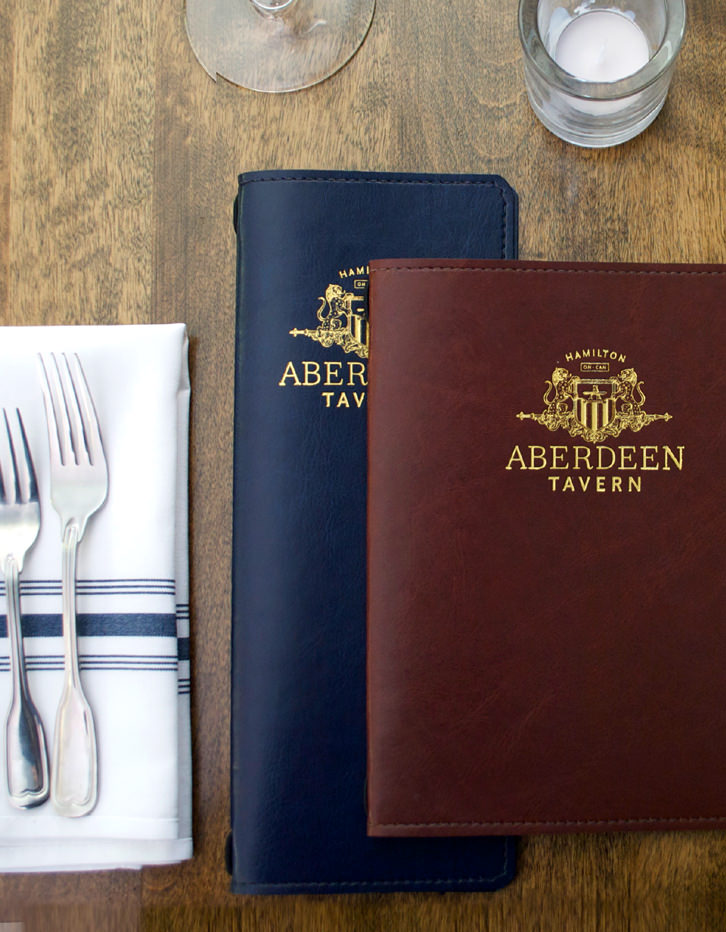